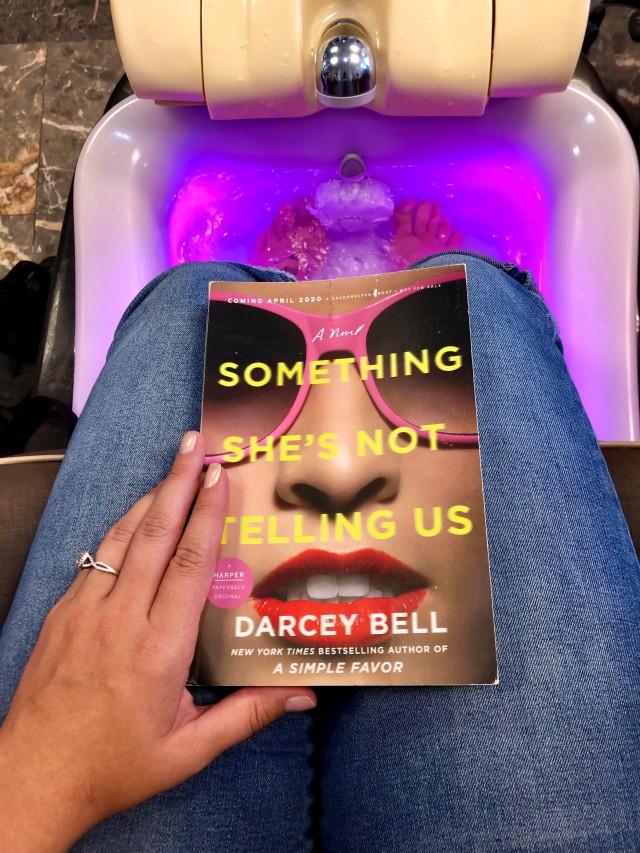 The latest from the author of A Simple Favor: a thrilling page-turner about a woman named Charlotte who has everything until her brother’s new girlfriend shows up and threatens to destroy it all.

Unfortunately, this wasn’t for me. It was a little jumpy and all over the place between characters for me to follow. And the parts of the premise that drew me to this initially (dark secrets, an unreliable narrator, a missing child) didn’t quite give me the shock I was hoping for. However, there were quite a few very interesting threads to follow so let me tell you what I liked about this one!

Charlotte and Rocco are brother and sister who have a rocky (pun intended) relationship with their mother who lives in Mexico. Charlotte is extremely protective of Rocco which he in turn is very annoyed with. They are guilted into planning a trip to visit their mom and Rocco ends up bringing his new girlfriend, Ruth. Charlotte is not into this idea but even worse, neither is her mother. Their mother is supposed to be a wholly unlikeable character that everyone comes together in hating but I LOVED her. Her character reminded me of an aloof and badass grandmother who casually carries around a flask. She had no filter and no problem with telling people she didn’t care what they thought of her. She was awesome and reminded me of my own late grandmother. This is a very minor part of the story but turned out to be my favorite part.

As for major characters, I loved Ruth’s secret. Unfortunately, it was just kind of there and then done. THAT is where there could have used a lot of the detail that went into Charlotte’s perfect life and her “scandal”. In real life her secret would suck but here it was just hyped and hyped and hyped and then was so small comparatively. Ruth is the drama and the key player here. She shows up mysteriously and basically just declares herself Rocco’s new girl. This is a problem because Rocco dates train wrecks so even before Ruth is sniffing around in Charlotte’s secrets, she has a target on her back.

And then Ruth makes fast and easy friends with Daisy, Charlotte’s daughter. This infuriates Charlotte but everyone tries to calm her down telling her to not be so rude, Ruth just likes kids. Then Daisy goes missing from school and who checked her out for the day? You guessed it. A chase ensues and this is when Ruth’s secrets are revealed. Again, loved her secrets, but I would have loved even more focus on Ruth throughout the book. I’ll just say it, I’m #teamruth.

Even though this wasn’t for me, I will still be reading any future works from Darcey Bell as A Simple Favor was a great and entertaining read. She definitely has a way with messed up secrets (as you see in both of her books) and messed up is my favorite kind of read.

*Thanks to Harper Collins for the copy to read and review.*